I switched to these gorgeous "black beauty" magnesium QU-AX pedals, as well as switching the dual-hole cranks to single-hole 125mm versions. 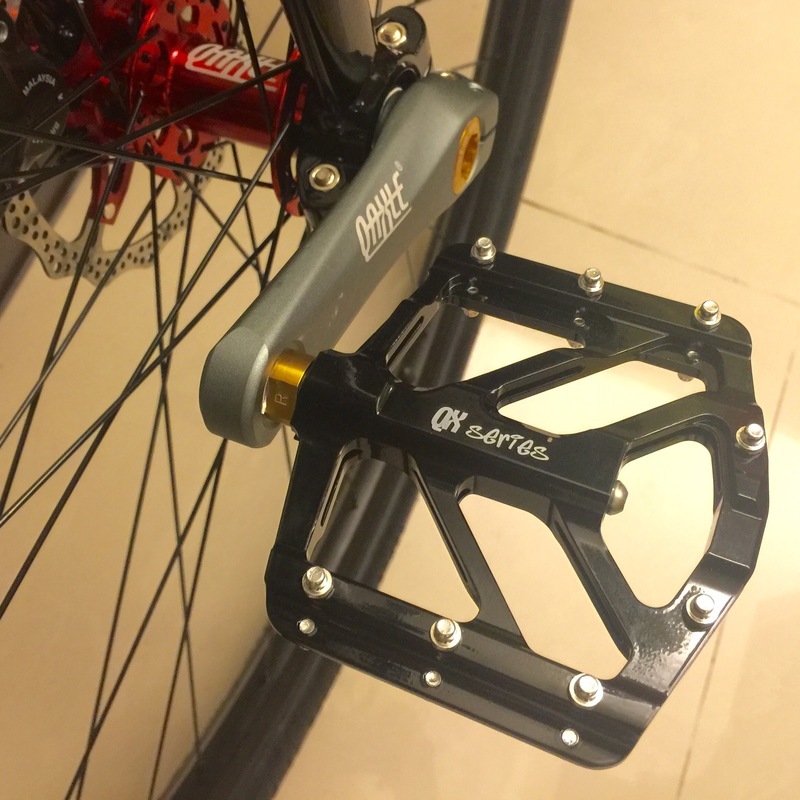 Because I can't resist the lure of titanium, I opted for the titanium-core model, rather than the CrMo-core model which is still available.
They weigh just 100.8g each, which is almost half the weight of the standard plastic QU-AX pedals (197.1g).

This is where it starts. I upgraded my 29" QU-AX to this 36", my first experience of owning a unicycle this large.

I'm a fan of the QU-AX due to the fact it's black (most important) and has German engineering behind it, but isn't overpriced just because of a famous brand name.

I also appreciate that they keep pushing things forward in the unicycling world. Take this new 36er I have; it has a few new things on it that I've yet to see anybody else post about in combination:

I moved the KH T-bar (mine is the 2014 model) over from my 29er, and added a KH Starfighter to the brake lever. After my first ride I also changed to the shorter 125mm crank holes. 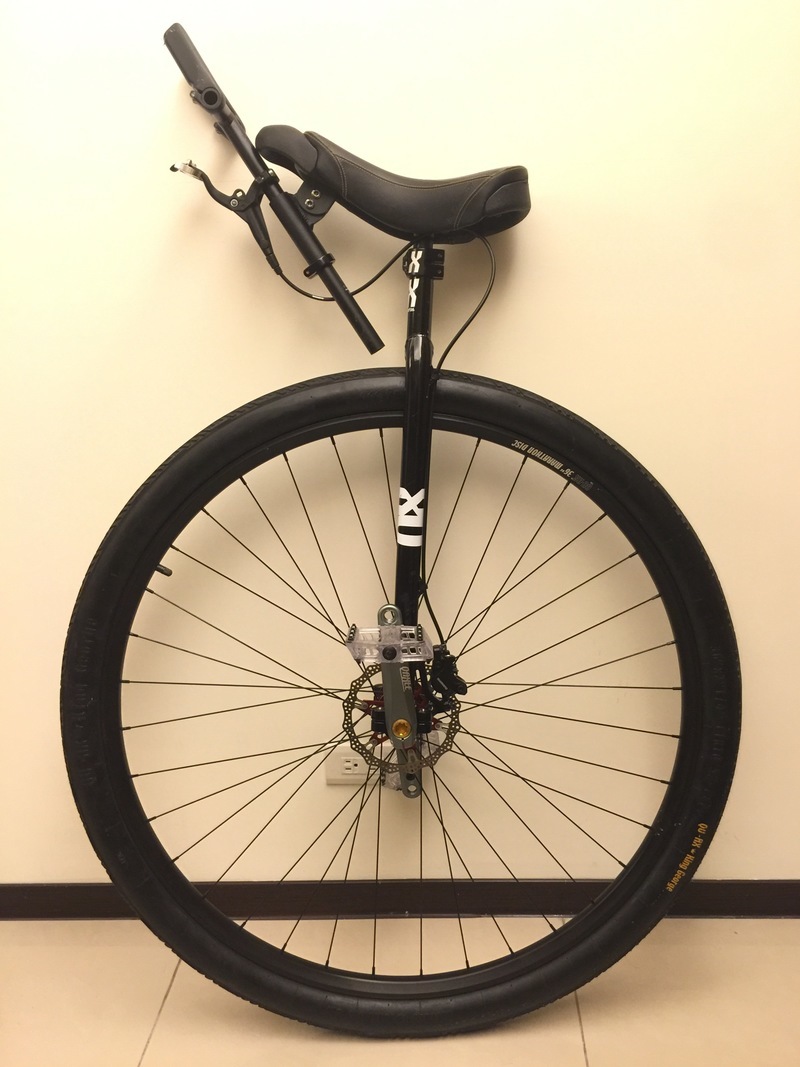